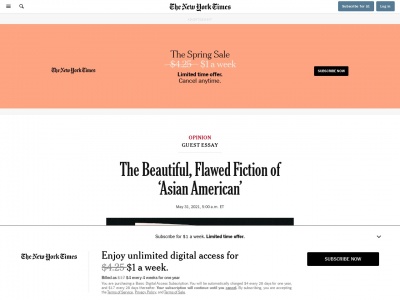 Viet Thanh Nguyen argues that “Asian Americans” are a chosen social identity to keep all Asian groups unified in alliances with other minority groups such as Black Americans, Muslims, Latinos, and LGBTQ people.

Quote: “We should look to other ideals: solidarity, unity and decolonization. Colonization and racism divide and conquer, telling the subjugated that they have nothing in common. That’s why unity is crucial, and a broader unity can grow from the solidarity we have expressed with one another as Asian Americans, the force that pulled together such disparate peoples and experiences. That will to find kinship can be the basis for further solidarities — with everyone else shaped by colonization’s global impact, its genocide and slavery, racism and capitalism, patriarchy and heteronormativity.”