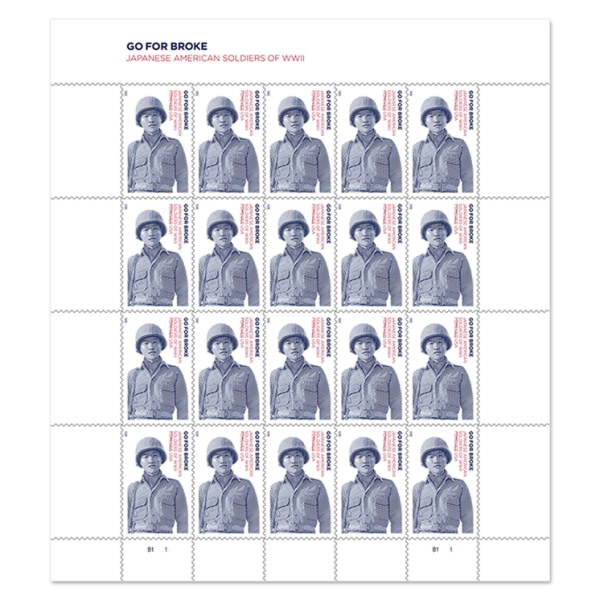 During the AAPI Heritage Month in 2021, USPS is going to issue stamps in recognition of the 442nd Regiment’s service to the nation.

“Go for Broke” was the motto of the 442nd Infantry Regiment, an Army unit comprised of Japanese Americans during the World War II. Despite the skepticism and sometimes outright rejection among the general Americans that time, the 442nd Regiment often took the highest risks and endured the one of the highest casualty rates during the war. The 442nd Regiment is now known as the most decorated unit for its size in U.S. military history.