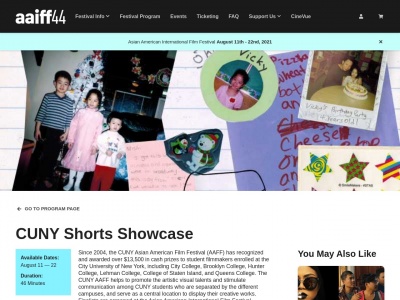 Lidiya Kan of LaGuardia’s Photo Program has her short documentary, Morkovcha (морковча), as one of the featured films at the AAIFF44. Her documentary film tells the story of Lidiya’s Korean family’s nearly century-long journey from the Russian Far East to their new home in the United States.