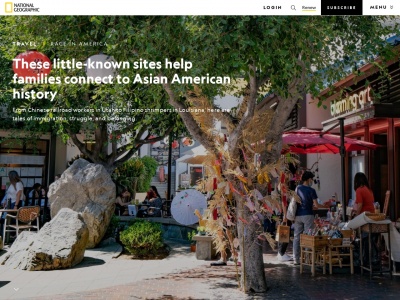 National parks and small ethnic enclaves in major cities are great resources to give students well-rounded experiences in the AAPI history in the U.S.

Quote: A small community of Korean-Uzbeks —- or Koryo-saram — thrives in the Brighton Beach neighborhood of Brooklyn, New York. Restaurants like Cafe Lily keep the culture alive with its fusion of Central Asian and Korean cuisine in dishes such as kuksi (a cold noodle soup). The community has its roots in Central Asia, where Koreans who had been living in Russia since the early 19th century were deported during Joseph Stalin’s reign. Today, Brighton Beach is home to many Koryo-saram, given its notable population of Russian-speaking immigrants.