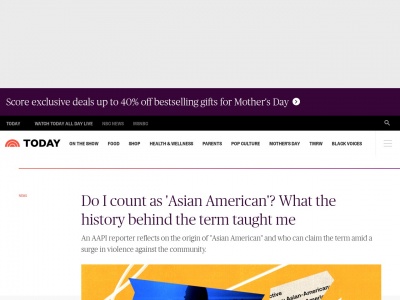 Quote: ‘When the term “Asian American” entered the American lexicon in 1968, it had a very specific purpose: to build political power. Inspired by the Black Power, anti-Vietnam War and American Indian movements, among others, two students at the University of California, Berkeley, Emma Gee and Yuji Ichioka, decided to call their campus organization the Asian American Political Alliance, usually cited as the first use of the two words together.’