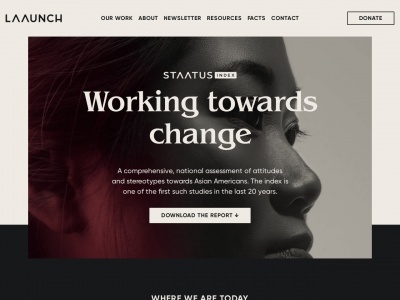 STAATUS Index Report 2021, a survey study conducted by the Laaunch Foundation, shows that Asian American stereotypes (such as “model minority,” “perpetual foreigner,” and “yellow peril”) are still perpetuating in the U.S.